There aren’t many places that qualify as being in the middle of nowhere – sometimes what feels like the middle of nowhere can be just an unexpectedly quiet spot near a built up area. Not Undara. Undara Volcanic National Park really is the middle of nowhere, and visiting the Undara lava tubes is one of the most unique things to do in the Cairns region. Undara is around a four hour drive from Cairns, or a much shorter plane journey, but opting to drive will take you around some of North Queensland’s finest roadside views as you wind toward the outback. Alternatively, if you opt to go by rail the Savannahlander railway is one of Australia’s great scenic rail journeys.

The geography of Undara is the major draw. In particular, the underground maze of lava tubes is the longest in the world and is one of the most naturally impressive things to see in the Cairns region – one of the tube is 160 miles long. The tubes are natural tunnels created by one of the earth’s longest lava flows from a single volcano that harks back 190,000 years to when Undara spilt lava out onto the nearby Atherton Tablelands. The dramatic cave system that remains is fertile ground for exploration, with wide cavernous rock formations which are home to a number of different precious minerals and wildlife.

A benefit of its isolation is that Undara is the habitat of a range of native Australian wildlife. Kangaroos and wallabies roam free around the park as well as an array of birdlife, from emus to galahs, and there are plenty of lizards and snakes around to keep you on your toes. The roofs of some of the tubes have collapsed over time, creating sink holes which are easily located from a distance by the distinct difference in vegetation within them. The surrounding is predominantly dry Savannah country but rainforests occur at the site of the sink holes, and this supports a range of different species. This includes masses of bats, and Undara Experience operate a tour which gives you the chance to see the bats stirred as they emerge from the tubes each night in search of insects. To further the horror film-esque quality of thousands of bats pouring out of a cave, as they appear the nearby brown tree snakes lurch down from their branches and attempt to catch their dinner in an extreme test of reaction speed. The sheer volume of bats has led to wildlife documentaries being filmed in the tubes. If wildlife spotting is your thing, the humid summer months are the best time to visit. 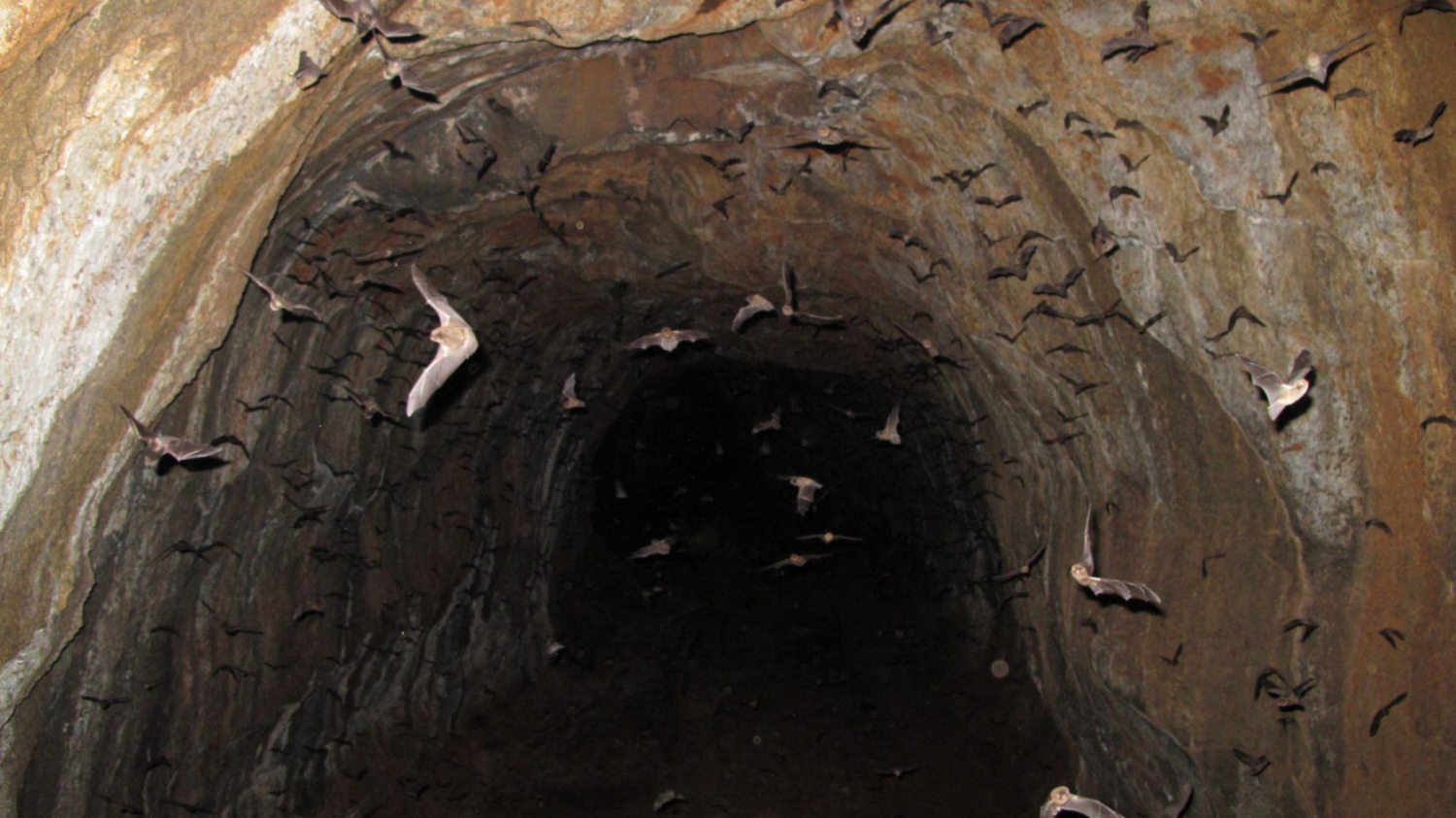 Besides from offering a wilderness retreat, Undara hosts annual live music events which deliver a certain liveliness to the remoteness of rural Queensland. The Opera in the Outback event brings high arts into the national park across three nights and has been running annually since 2000. This is supported by the Outback Country Rock & Blues festival which has been on the Undara calendar since 2006. Also a three night event, the stony rawness of rock and blues fits the hard landscape, and the presence of live music amidst such dramatic natural landscapes is an experience in itself, adding to the otherworldly power of being somewhere so wild and weathered.

Adding to the uniqueness of the resort is the accommodation situation, as beneath gum trees deep in the bush stand a number of restored vintage railway carriages that have been converted into charming hotel rooms. At the end of the 1980s, the founder of the Undara Experience resort happened upon some decommissioned Queensland Railway carriages at a sale yard and had the idea to touch them up and turn them into cosy rooms for tourists. This novelty is now one of the defining aspects and most attractive elements of staying in Undara – listening to the noise of the wild from the safety of vintage carriages has the charm and romantic connotations of early American railroad literature and there are even covered decks from which to watch the spitting of nearby campfires. For the more outdoorsy, camping out or staying in swag camps to sleep beneath unspoilt rural skies is an inviting option. Undara is a place where you can get the contented sleep that only vulnerability to the outside world and true silence can bring.

Visiting Undara is a wholly Australian experience, offering stark natural landscapes and the chance to feel disconnected from the bustle of the coast. The opportunity to immerse in the Australian wild is worth making time for during your visit to Cairns.